Sometimes you just have to stop… to appreciate the restart.

Home » News » Sometimes you just have to stop… to appreciate the restart. 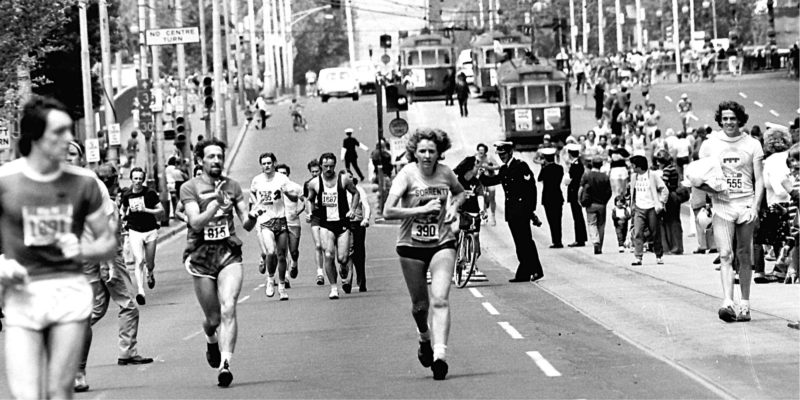 In the late seventies and early 80s, most major cities decided to follow in the successful footsteps of Boston and host a marathon. Melbourne staged its first marathon in 1978 to 2,500 runners on a course that began in Frankston, headed up Nepean Highway and finished outside the Melbourne Town Hall.

“There was no music, no compere, just Fred Lester with his megaphone. At 9.15am, Brian Dixon, who would also run the race, climbed a portable crane and fired a huge rifle to signal the start. Melbourne had its people’s marathon.”  – The Wall

By 2019 the Melbourne Marathon Festival cemented itself as “Australia’s largest marathon” and reached record participation with near to 40,000 participants and sell-out events.

On October 10, 2021 we will once again take to the streets, conquer the flat and fast courses of Melbourne, finishing with a lap of honour on the MCG’s hallowed turf.

After a challenging year we can’t wait to return with the Melbourne Marathon community, from running rookies to the Spartan legends. If 2020 taught us anything it’s that,