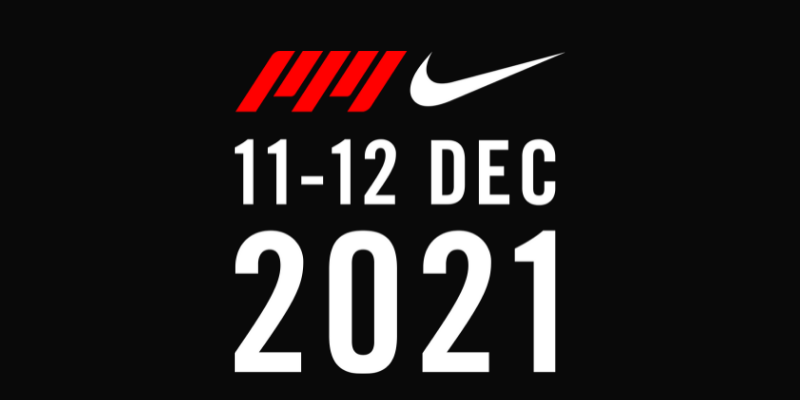 After much anticipation, the Nike Melbourne Marathon Festival is thrilled to announce that it will officially be going ahead this year, much to the delight of runners across the country. Following recent lockdown restrictions, the beloved event will now be held across two days on Saturday 11th and Sunday 12th December.

The new summertime dates, split across two days, mark an exciting first in the Marathon’s illustrious 42-year history, and represent an important step forward in the journey to get Melbourne moving again.

Distances occurring on Saturday include the SriLankan Airlines 10km Run, the 5km Run and 3km Walk. On Sunday, the Nike Melbourne Marathon, Nike Wheelchair Marathon, and Nike Half Marathon will all take place, with start times commencing an hour earlier to accommodate for the warmer weather.

Over the last eighteen months, Australians have been reminded of the power of running to provide a sense of freedom, community, and achievement when it’s mattered the most. The Marathon represents a milestone moment for the community to come together and celebrate their beloved sport, whether they’re running their first 5km or looking to smash their marathon personal best.

The announcement of the revised race dates comes with just over twelve weeks until the big day, giving participants plenty of time to refocus their training, and perhaps even set new goals for race day. Families keen to get involved are now able to join the 3km Walk free of charge, made possible through a partnership with the City of Melbourne.

“The past eighteen months proved two things: that Aussies are made of tough stuff, and that running is an intrinsic part of our national identity. We are thrilled to welcome back the Nike Melbourne Marathon this December and look forward to uniting veteran runners like our Spartans, with a whole new generation of budding athletes,” said Nike Melbourne Marathon Festival Event Director, Marcus Gale.

The new dates for the nation’s premier marathon were made possible by the support of multiple stakeholders including the City of Melbourne, City of Port Phillip, the MCC, Victorian Police, Public Transport Victoria, Vic Roads, and the event’s major partner Nike. Last year, hundreds of thousands of Australians turned to the Nike Run Club (NRC) app for fitness, accountability, and connection. Now it is time to see the sport’s new converts lace up and get themselves ready for the start line come December.

“We know that so many amazing runners have been committed to their training to date, and we want to let you know we have you covered”, says Nike Run Coach Lydia O’Donnell. “Updated training plans are available across all distances on the Nike Run Club app, to factor in the new race dates. For those that haven’t committed to training yet, you can still sign up for a training plan of your choice and start the journey to race day.”

Splitting the Marathon Festival over two days is just one of many measures taken by event producer IMG to ensure the iconic race is COVIDSafe. The company’s comprehensive plans, approved by the DHHS, include rolling start lines, hygiene stations, social distancing, and robust contact tracing measures.

If 2020 taught us anything it’s that, sometimes you just have to stop… to appreciate the restart.