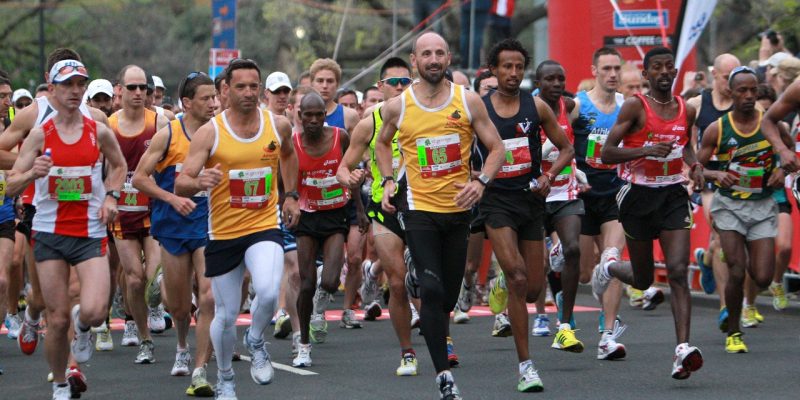 The countdown of the top 10 most memorable Melbourne races continues with our panel of experts selecting 2010 at No.9.

When race day came and the temperature was 11C at 7am with not a breath of wind, it spelt one thing – PBs … and records.

For starters 5072 marathoners completed the course, making it the largest Australian marathon by finishers ever, eclipsing the 4798 in the 1983 Melbourne Marathon and the 4778 in the Sydney 2000 Olympic trial marathon.

While many top Australian distance runners were in Delhi at the Commonwealth Games, two Africans broke longstanding race records. 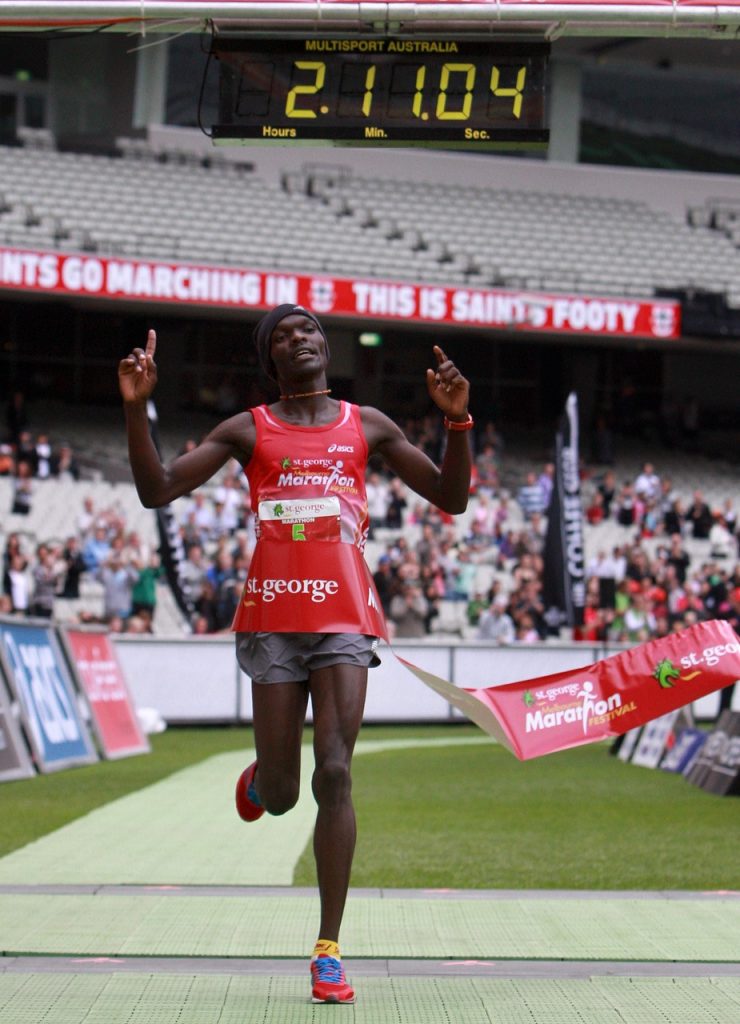 Kipkorir, a cattle farmer from Eldoret (about 300km north of Nairobi), was granted an airfare after being recommended by Dan Hornery, a friend of course director Anthony Marchesani.

“I felt great. The other guys, they didn’t want to lead, so I knew I had to do it by myself,” Kipkorir said.

Not part of any mainstream Kenyan distance running program, he did not know who “Boston Billy” Rodgers was when asked. But he did know what to do with the money – buying an extra five acres for his farm and increasing his livestock.

The women’s winner was clearcut from the moment Ethiopian Mulu Seboka got off the plane from Addis Ababa. 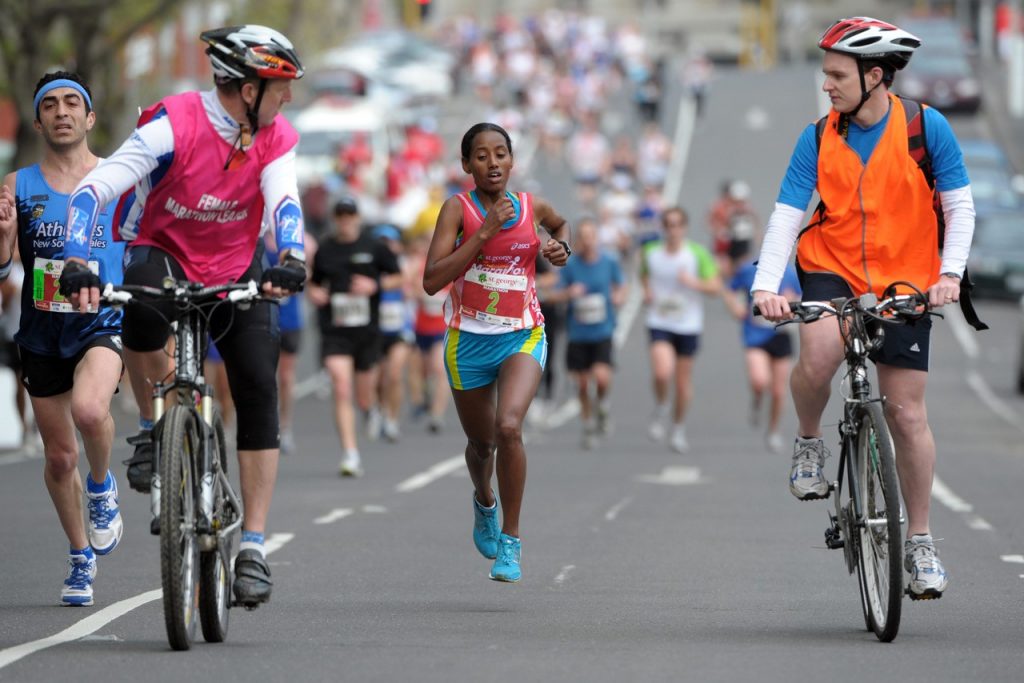 Seboka, 27, was part of the Ethiopian national squad. That put her regularly under the eye of distance legend Haile Gebrselassie, who had told her two years earlier to reduce her training workload of 280km a week.

She had won the Toronto and Mumbai Marathons and six weeks before Melbourne had won Perth’s City to Surf marathon.

Kipkorir and Seboka weren’t the only ones running fast.

A total of 223 runners broke three hours, including 13 women.

Rowan Walker, then aged 40,  was a surprise Australian champion when he charged home for third in 2:18.01.

Geelong’s Colin Thornton moved through the field for eighth place in 2:25.04. He didn’t quite run a negative split but he made the fastest exit from the MCG when told his wife, who was expecting, had gone into labour.

The battle for second place in the women’s race proved a ripper with Kiwi Sarah Biss being passed by Sunshine Coast schoolteacher Roxie Fraser (nee Schmidt) at the 41km mark.

Fraser claimed second in 2:43.52 and her Australian title win meant her prizemoney was $7500 — not bad for someone who wasn’t going to enter until two weeks before the race.

“I’ve had tendinitis so I didn’t think I’d do the race. I really just turned up because my twin sister Cassie, who lives in Melbourne, was going in it,” she said.

Mona says: “Both race records established the course as potentially fast which was significant for future years.”

Turney says: “Both race records were broken and it was a great effort to get two runners of their calibre over here to compete.”

Muirden says: “The 1983 finishers’ record had stood for 27 years and Australia’s population had grown a further 7 million, so it was about time we broke 5000.”